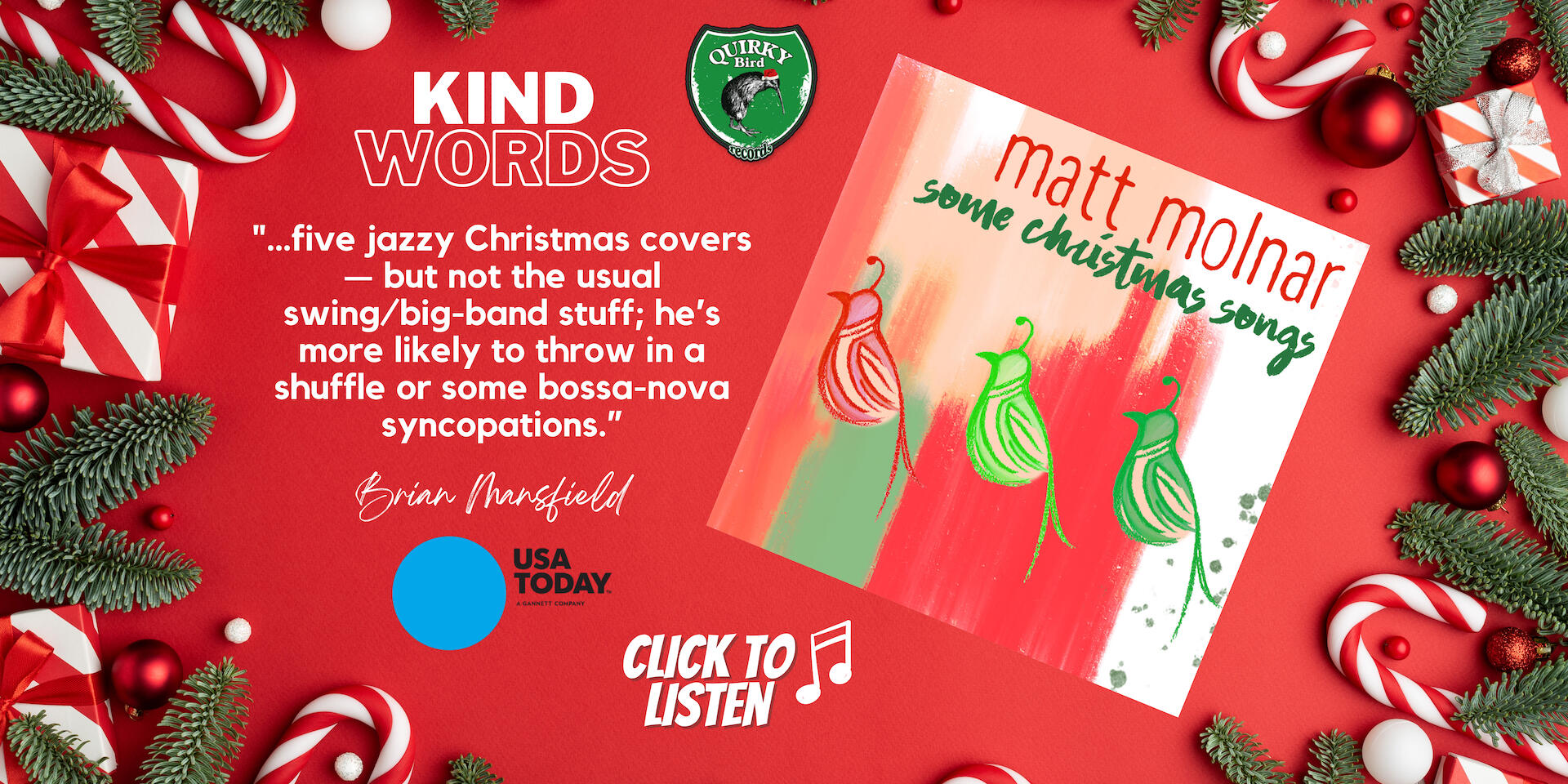 “One area where he doesn’t screw around is in the arrangements…. the songs are impeccably performed, with shifting layers of pop and jazz beneath the clean, smooth production...assembled with admirable craft and skill.”
Jeff Giles @ Popdose.com

“His rockish take on “We Three Kings” is actually rather delightful in a softly tongue-in-cheek manner, “Silver Bells” reminds one of the classic Chipmunk’s version and “Do You Hear” is finally recorded in a cleverly syncopated manner.”
Thomas R. Erdmann @ JazzReviews.com

"...an upbeat mix of pop originals and classics, including one of the better arrangements of “Little Drummer Boy” I’ve ever heard. A group of talented musicians led by singer Matthew Molnar, and the playing and production on this Christmas CD is sparkling. There’s a bit of Ben Folds mixed with Harry Connick, Jr., in these seven songs, and that is a very welcome sound after the 19th heavenly choir singing “Silent Night” pops up on the iPod.”
Phil Corless @ A Family Runs Through It